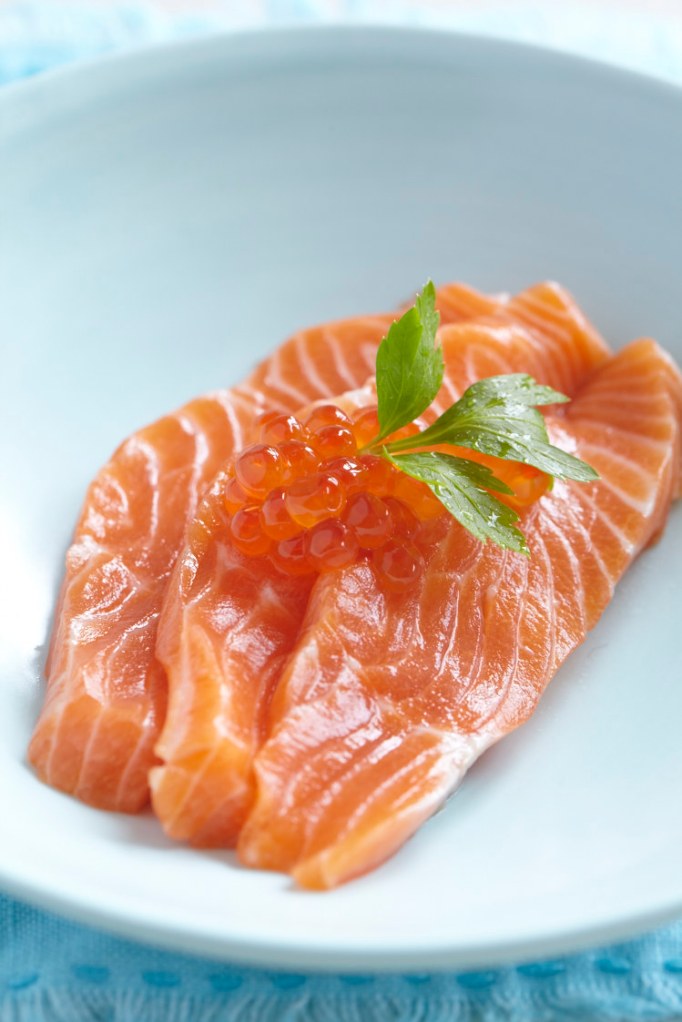 I have a thing for salmon, I really do! It’s probably one of my ‘desert island foods’…you know, when you get to list, say, 5 ingredients you would take with you should you be exiled on an island….salmon would be right up there, along with potatoes (in any form), some kind of leafy crunchy green vegetable, olive oil and tomatoes….oh, and some crisp white wine – ok, that’s 6 things but I’m allowed to bend the rules ‘cos it’s my game. Hopefully the island would be somewhere where salmon was abundant so I’d never run out. And I’d never get sick of it, because I’d have the other things to balance it out. Perfect scenario.

Here is some salmon sashimi, from a cook book I did last week. Salmon in any form is always good to me, but it has to be fresh. There’s nothing worse than days old fish of any kind, but this sashimi here, you could pop in your mouth and all you would taste, besides a subtle hint of the sea, was beautiful fresh coolness with a silky texture, the flavour lingering just enough to want more more more!

One thought on “Desert Island Salmon”